A year after the murder of George Floyd by Minneapolis police, public spaces are still the arena in which citizens fight for social change. 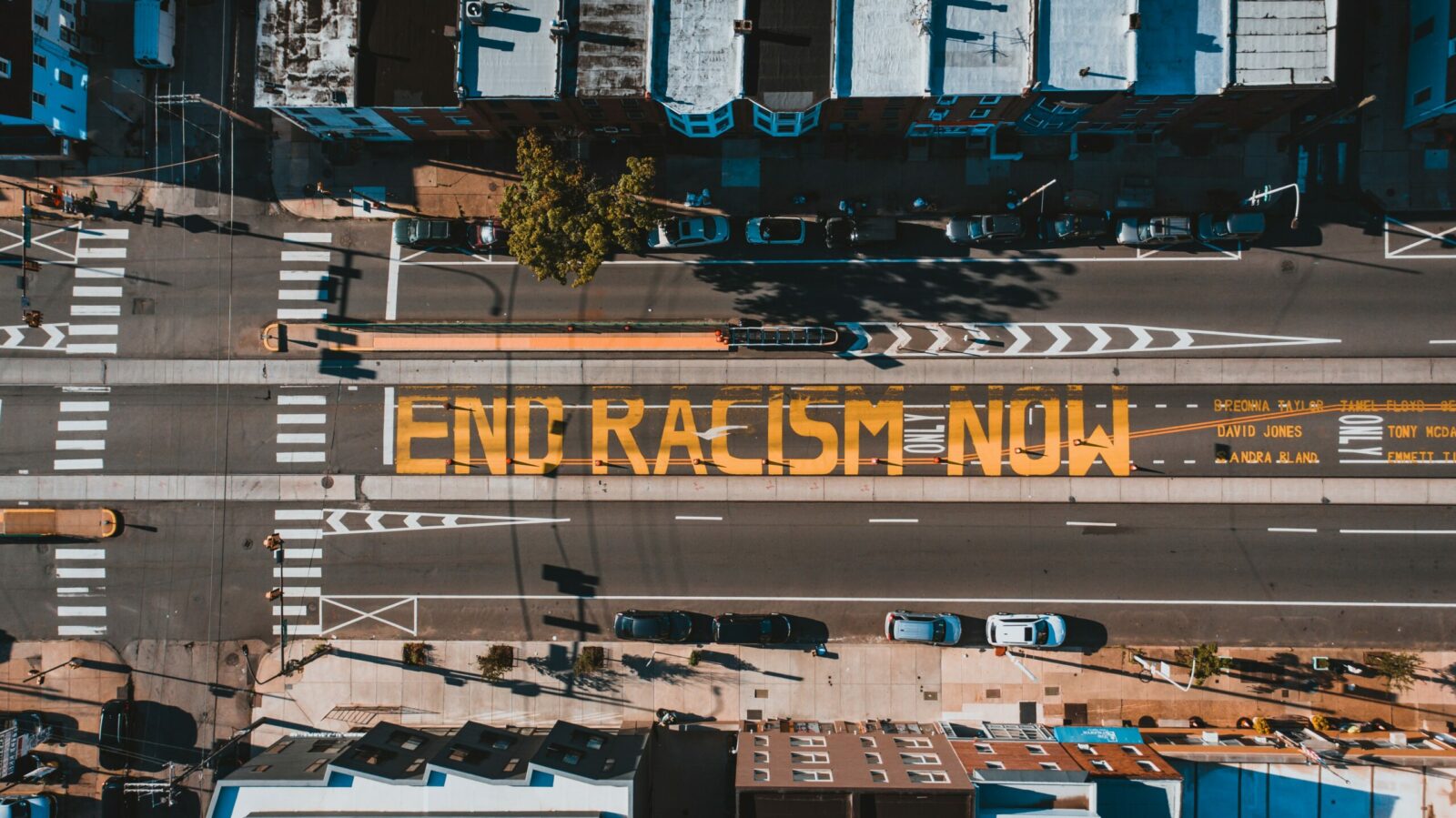 May twenty-fifth marks the one-year anniversary of the murder of George Floyd at the hands of Minneapolis police, the tipping point for a larger conversation about police brutality and anti-black racism.

This week cities all over the world are coming alive again in support of Black Lives Matter, their seven action-points, and more widely, racial justice as a whole. While a greater conversation about anti-black racism has continued in many forms over the past year, few urban spaces in North America have been witness to comparable collective action.

A Black Lives Matter mural on Plymouth Avenue in Minneapolis, the city where George Floyd was killed.

Last July when the protests became less frequent, broken windows were replaced and police barricades were removed. To some, it might have been hard to imagine that the streets and public spaces in these cities had only recently hosted such historic actions against systemic oppression.

However, just like people, cities have ways of keeping memories alive, too.

From Los Angeles and Washington D.C., to New York City and Toronto, colorful murals reading “Black Lives Matter” are one of the ways that cities have held literal and figurative space for the ongoing fight against systemic oppression.

A Black Lives Matter mural on Plymouth Avenue in Minneapolis, the city where George Floyd was killed.

There is much to be said about the significance of these murals, from the masses of people who came together to paint them, to the resistance that they faced by fighting for such an important message.

Each mural spans at least one city block and in some cases two or three. At the human scale, they are too large to be seen except as waves of colour and fragments of letters. In fact, these three words can only be captured in their entirety by a very wide frame, at which point they’re inextricable from their surroundings – a single piece of a bigger picture.

As urban planning activist Jane Jacobs championed in her 1961 book The Death and Life of Great American Cities, “Cities have the capability of providing something for everybody, only because, and only when, they are created by everybody.” 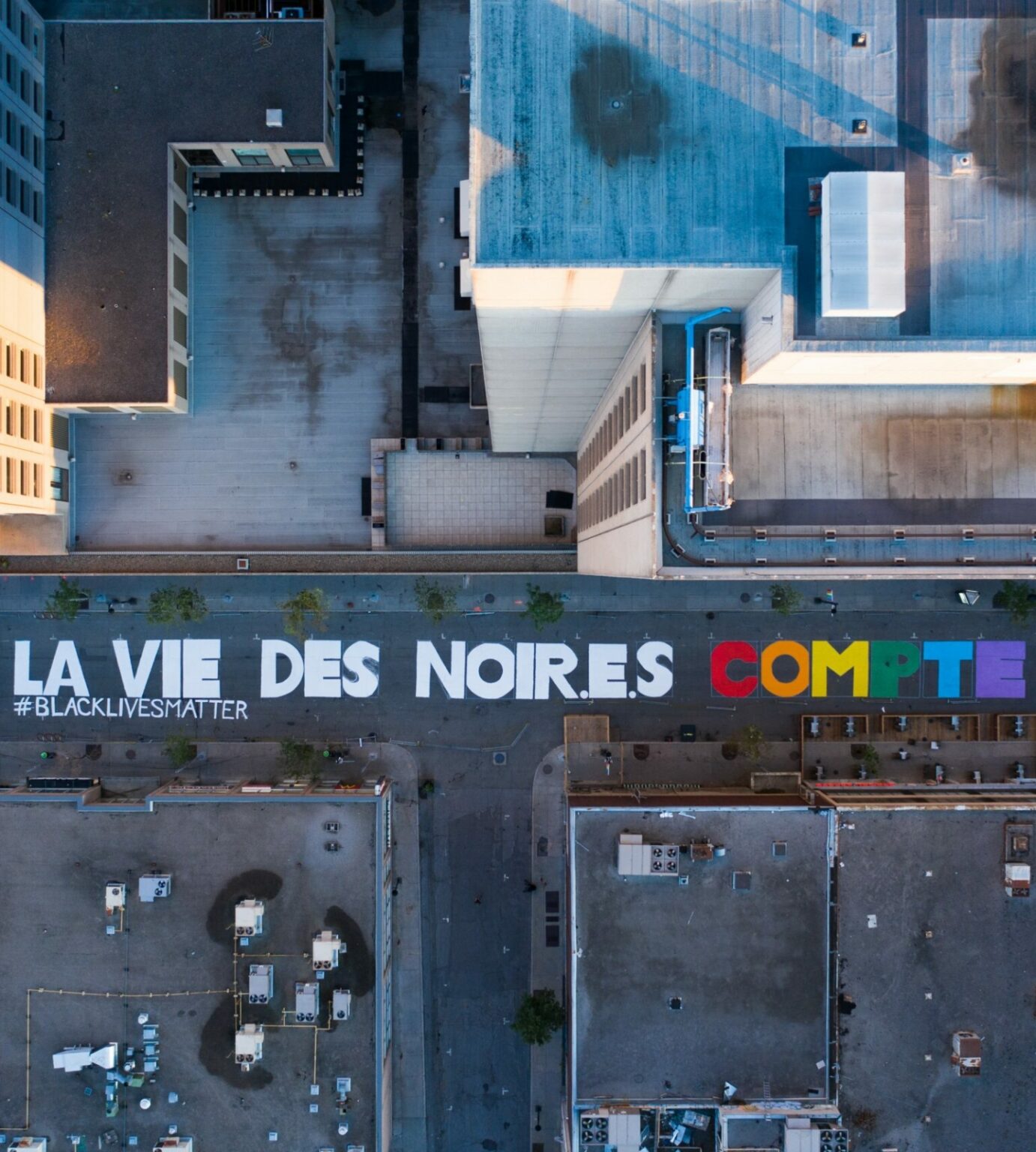 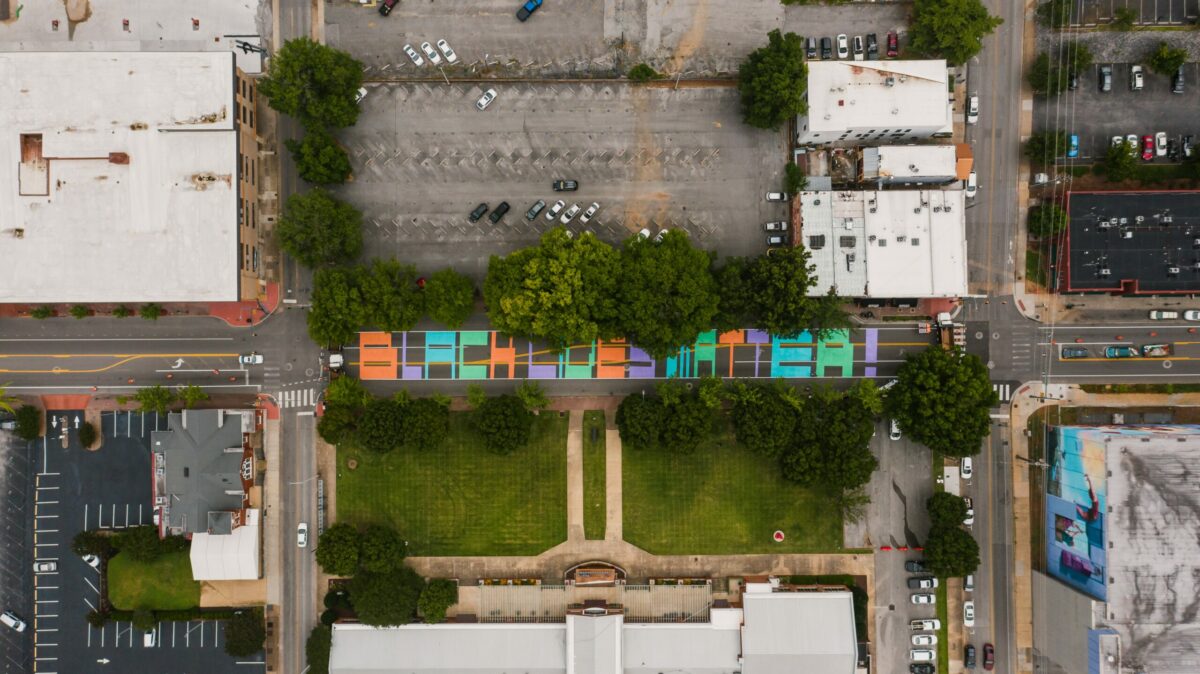 The Black Lives Matter street murals are reminders that cities are not only the sites of community, but play an important role as a part of the community itself. Public spaces aren’t just being used by people to send a message, the city is in fact a part of the conversation – both shaping and being shaped by the discourse.

If anything entered the global discourse last summer it was perhaps a broader acknowledgement that racism reaches far past individual interactions. It permeates the social fabric of our society in both visible and invisible ways. Though a community didn’t erect a statue of a confederate leader, the statue  and the public space it commands play a role in upholding the status quo of inherited oppressive structures.

A year later, some of these murals have been power-washed away by city officials, others have been defaced or have faded away with a daily wash of haphazard drivers. Others have become anchor points for community action and/or officially recognized by municipal officials by being put on the map.

Urban design and advocacy groups have long been interested in the power of physical space to promote public discourse. In 2016, a collection of New York citizen groups and design organizations penned an open letter to Mayor Bill De Blasio outlining seven steps the city could take to make “vital gatherings of free expression safer, more effective, and even welcoming to all New Yorkers.” Civic spaces, they argued, “serve as a source of our collective strength.”

Whether these murals become maintained staples of their landscape, disappear completely, or become recurring ephemeral facets of public space, they tell a story of the on-going fight against systemic racism in our local and global communities. They tell a story of community as praxis. Hopefully reminding us to write the next chapter before it’s written for us.

Mural under construction on Pine Street in Seattle. 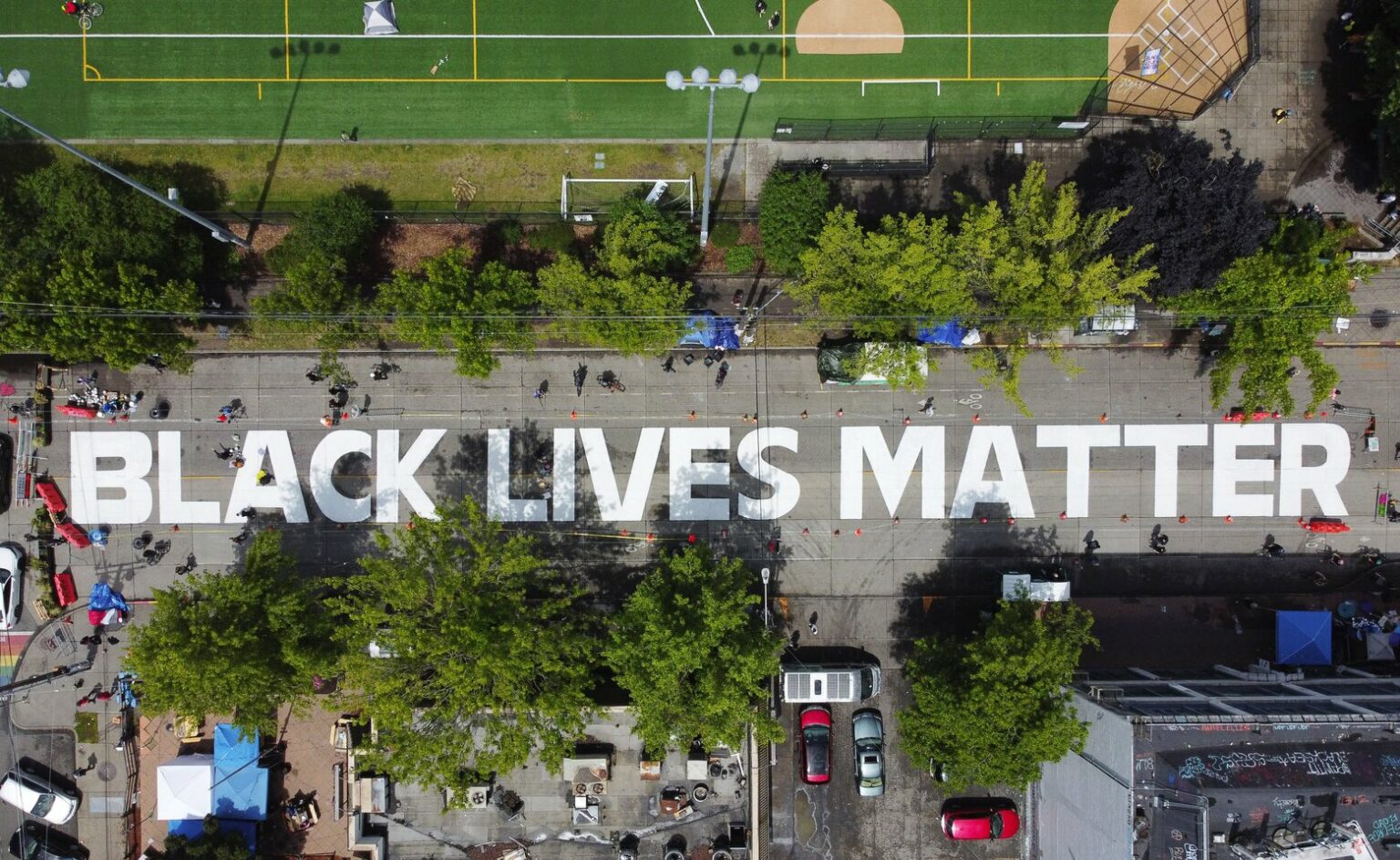 Mural under construction on Pine Street in Seattle.