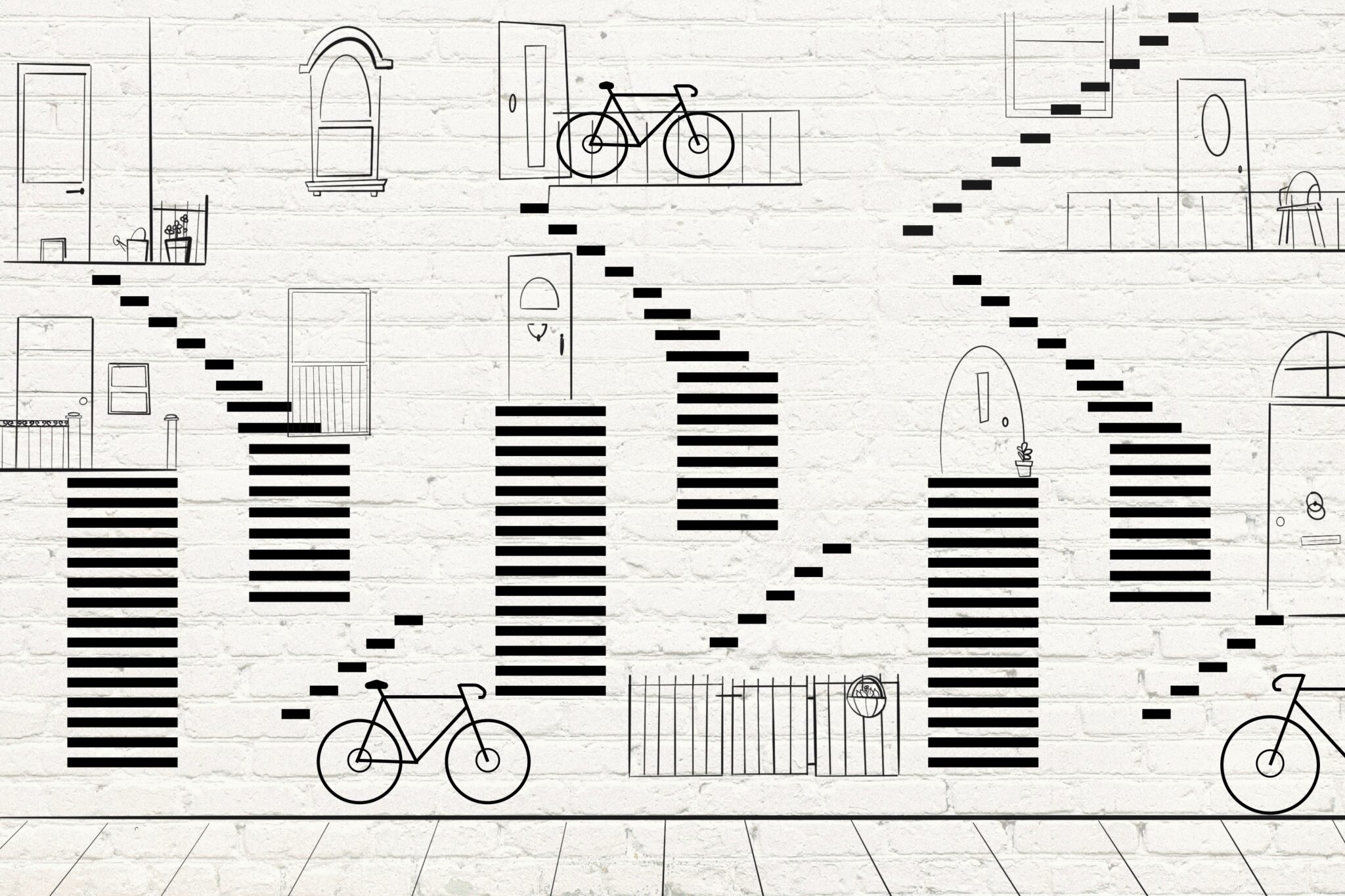 Montréal is the birthplace of many icons: the Montréal bagel (superior to the New York bagel). Leonard Cohen. Habitat67. The Habs.

But one of the city’s most enduring and innovative creations is often overlooked.

Renowned for their unique silhouettes, captivating angles, and varied colorways, Montréal’s staircases visually set the city apart from early industrial counterparts while laying the groundwork for a legacy of dense, functional housing.

At first, a make-work solution to an urgent housing crisis, Montréal’s staircases are now an enduring symbol of the city; a structural element that has transformed Montréal’s ability to keep its population close to the core. The staircases have made Montréal one of the great success stories in high-density urban living and an image of innovation.

The origins of Montréal’s staircases date back to the late 1800s. Like many North American cities at the time, Montréal was experiencing rapid growth. The city’s population quadrupled between 1891 and 1931: Europeans sailed to new lands in search of a better life, and Quebec’s Anglophone and Francophone settlers migrated from the country to the city in search of economic opportunities created by the industrial revolution.

The influx of residents meant housing was quickly in short supply. The logical solution was to start building up – transforming single-level buildings into multi-story, multi-family apartments.

However, logical as it may have been, Montréal could not simply follow in the footsteps of cities like New York, whose tenement buildings expanded horizontally to fill every inch of available lot space while simultaneously building up and up. In Montréal, officials mandated that all new buildings be set back from the sidewalk and include green space in their front yards in an effort to improve air quality and avoid overcrowding: these were colloquially dubbed the “Setback Rules”.

Additionally, until the 1920s, buildings could not be taller than forty meters in order to protect property values ensure light filtered into all homes, limiting the ability to expand vertically.

Builders were left with a problem: how to maximize living space, while adhering to the city’s limiting building requirements? Enter Montréal’s exterior staircase. 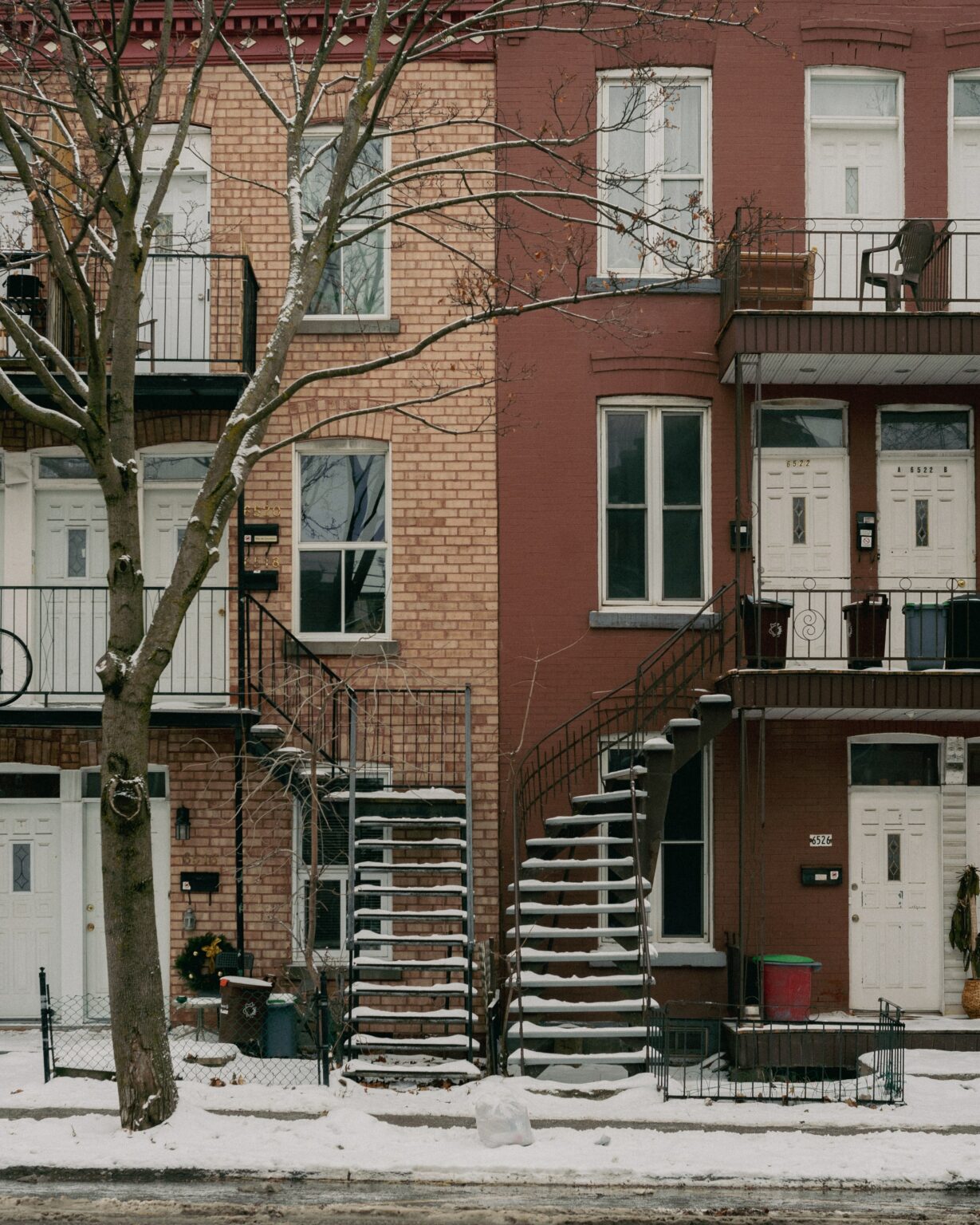 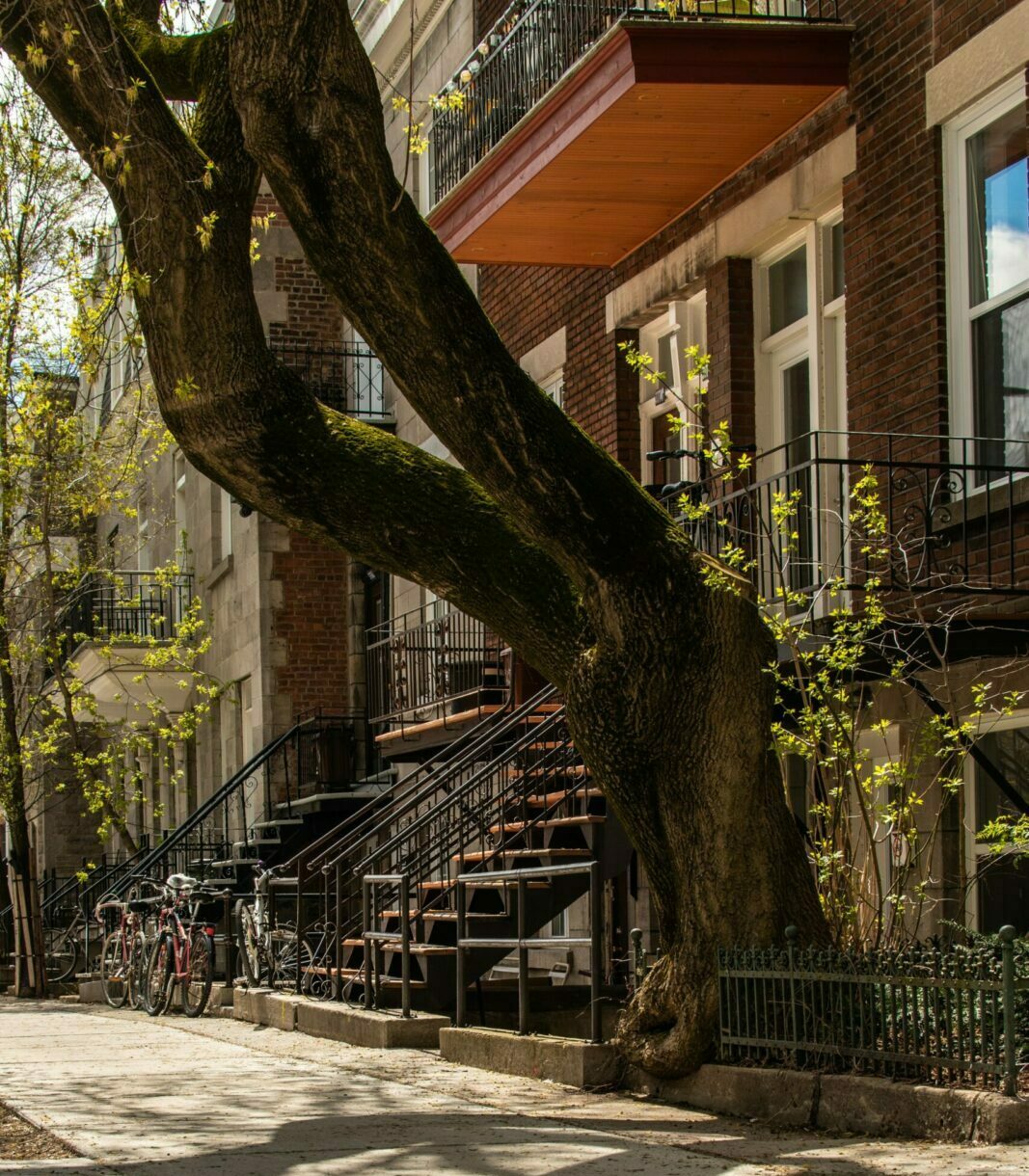 Inspired by the outdoor staircases that rural migrants used on farms, Montréal builders began constructing second, third, and fourth floor apartments, each with one unit per floor, connected to the street by an outdoor staircase. The staircase nestled right up against the sidewalk and the building, allowing the whole lot to be used, without violating Setback rules.

In the beginning, some people hated the city’s newest design features. A November 25th, 1927 edition of a The Gazette declared that, “everyone would like to see certain horrors disappear…those shameful steps outside houses, circling up like a corkscrew”. (Perhaps this writer forgot to salt his steps on an icy winter day.) Despite the occasional inconvenience, the stairs’ space-optimizing capabilities gave Montréal residents what they most needed – space to live.

More than a hundred years since outdoor staircases first appeared in Montréal, they are now an inextricable part of the city’s identity. You can find them everywhere – from Villeray to Verdun, the Plateau to Saint-Henri. Setbacks are still a city requirement, but so are safer handrails (thankfully). Today, Montréal is Canada’s second-densest city, and home to one of Canada’s absolute densest neighborhoods: the downtown Plateau area holds over 12,000 residents per square kilometer. All the while, the city consistently receives praise for its walkable streets, relaxed atmosphere, and bustling civic life. Montréal’s stairs are a testament to the power of simple innovation and space-optimized design.

As cities across the world enter a new wave of rapid population growth, planners and innovators once again face the challenge of constructing livable cities for unprecedented numbers of people.

It’s impossible to know what will come next, but thinking outside the box (or building) in order to optimize space is never a bad place to start. 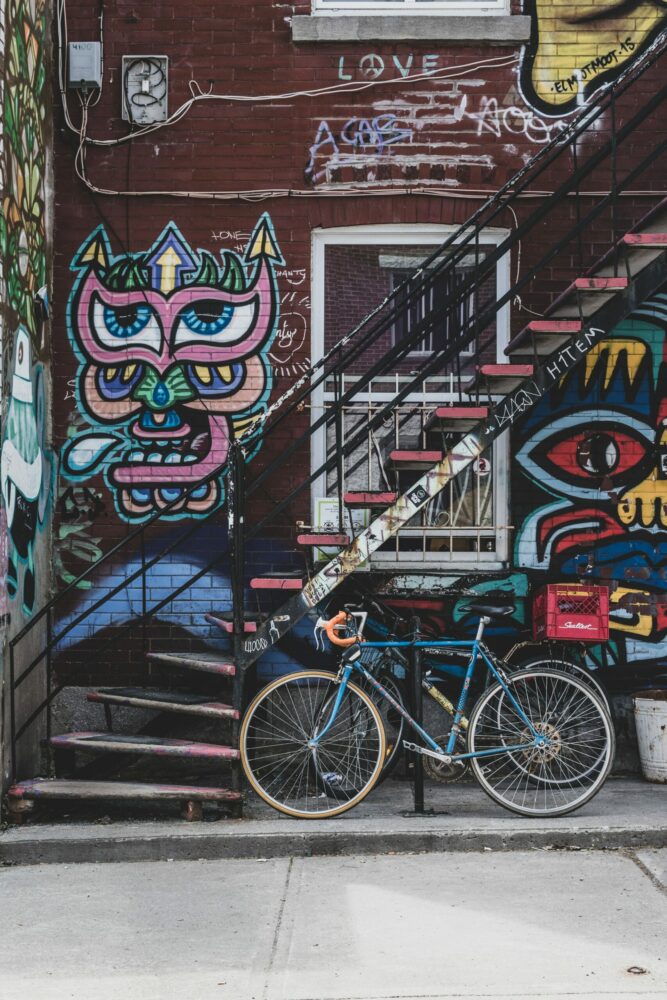