5 Cities that Win at Winter

How can we design cities that not only embrace, but excel at winter? An examination of the physical and social infrastructure that allows citizens to take the cold in stride, so much so that people actually look forward to the dark season.

Depending on where you find yourself in the world, winter can be a lengthy season. Though it’s technically ninety days long, anyone who lives in one of the world’s colder countries will tell you that the winter lifestyle extends much longer. In most of Canada, the first snowfall can arrive as early as October and the last ones usually don’t pass until early April.

The gut reaction to this state of affairs is mostly negative. Come November in colder, northern cities all over the world, even a passive eavesdropper will stumble across conversations bemoaning the onset of the cold, or counting down the days until summer arrives. You may begin to see a pattern; more often than not, cities (along with their inhabitants) that regularly experience long winters design their urban landscapes as though the winter doesn’t exist.

In wintery cities like Toronto and New York, condo proposals, subway plans, and other major development projects are often pitched across sunny green backdrops with little regard for how people will use these spaces when the community gardens turn into an ice slick. While we can find compassion for the city dweller that wants to hibernate until the ice thaws, we can’t hold city designers to the same standard. The harsh reality is that winter is often a five-month affair, whether our urban designers are ready to accept it or not.

If that’s the attitude designers go in with, it’s no surprise that activity levels routinely hit all-time lows in the winter.

But what if cities were created with the expectation that we enjoy winter? This isn’t a hypothetical question. Though few and far between, there are a number of global cities that truly come alive in cold weather. Rather than retreat, their physical and social infrastructure allows citizens to take the cold in stride, so much so that people actually look forward to the dark season.

Here’s a closer look at our favorite cities that win at winter.

Montréal is one of the world’s best winter cities (we’re not biased at all) for the sheer variety of outdoor recreation it offers. In parks, ponds become ice skating rinks and jogging trails are transformed into well-maintained ski trails, which are offset from walking trails to keep walkers and skiers from destroying each others’ pathways. Getting around isn’t a problem, either. Montreal’s subway is entirely underground and doesn’t suffer the same weather delays as those that plague commuters in other winter-repressed cities. Some of the biggest annual festivals, such as Igloofest and Montreál en Lumière, occur in January. Even the style leans into the temperature, with colorful eighties ski suits offering a warmer alternative to Coachella-style festival wear. Public support for outdoor activities and movement of culture to the outdoors all help Montréalers lean into the cold.

If the winters of Salzburg, Austria could produce the musical genius of Amadeus Mozart, then there’s certainly something magical about them. Winter in Salzburg is festival season, particularly around Christmas, when outdoor markets appear on the steps of churches and public skating rinks open across the city. Making time for fun and relaxation is also a societal priority in this city. Commerce more or less shuts down on Sundays, including most shops, so that all citizens can enjoy a true day of rest or take advantage of the city’s free ski shuttle that connects the urban center to the mountains outside the city. It’s this blend of accessibility and modified pace that gives Salzburg the power to transform winter. 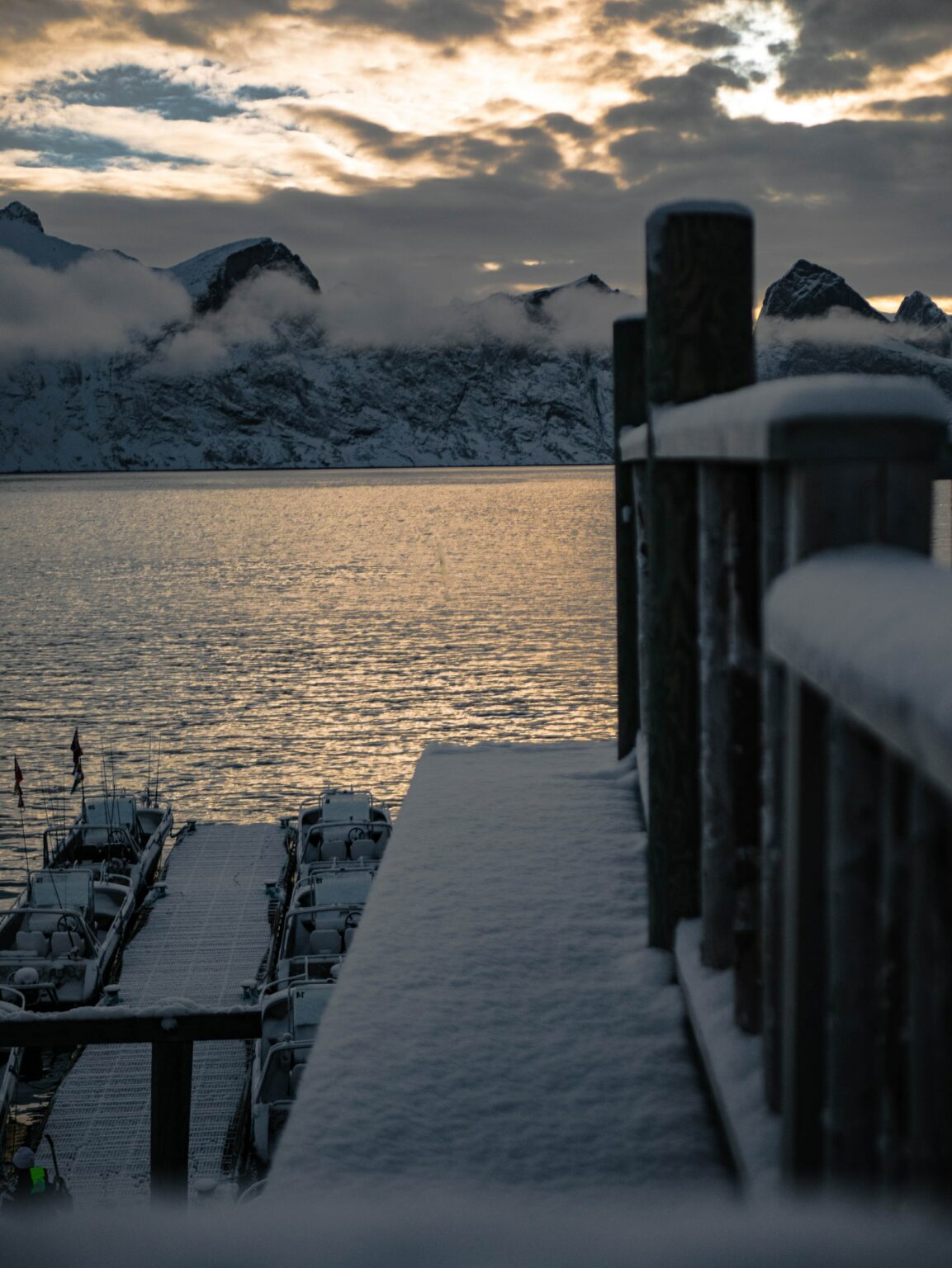 Tromsø, Norway, is one of the northernmost cities in the world. For two months of the year, the sun does not rise at all, and yet, the residents of Tromsø report some of the lowest rates of seasonal depression in any country. Part of this feat comes from a Norwegian philosophy called “friluftsliv” or “open air life”. It’s something akin to the idea that there is no such thing as bad weather, only bad clothing. In many Norwegian companies, time is blocked out at lunch breaks for workers to spend time outdoors if they choose, and the proximity to wilderness means many are able to escape to the woods and recharge between tasks during a busy day at work. Friluftsliv, along with a culture of public service, means many Tromsønians spend ample time outdoors, connecting with others during the winter months.

In Iceland, winter sunlight time can drop as low as four hours per day, so finding ways to stay connected through the darkness is essential. Luckily, there’s no shortage of options. Pubs in Reykjavik offer no shortage of winter-specific brews, including Brennivin, which roughly translates to “burning wine”. And while the famous Blue Lagoon hot springs tend to steal the glory, there are dozens of thermal baths scattered throughout the city where residents can unwind. For a little more excitement, the city is also a hotspot for music festivals in January and March, many of which are at least partially free for the public.

The Great White North’s capital certainly lives up to its name. With temperatures dipping to -15℉/-26℃ and sometimes lower. Locals make the most of it though. The Rideau Canal, which snakes its way through the heart of downtown, is a popular method of transportation in the winter. It’s not uncommon to see people skating by in suits and backpacks on their way to work. In what’s starting to become a common theme, Ottawa also sees a disproportionate number of festivals in the winter, including Winterlude, a completely free collection of outdoor concerts, art installations, and sports, including the famed ice sculptures.